An Evening With Ryan Giggs

One of the greatest legends in Manchester United comes to Narvik.

Sir Matt Busby was Old Trafford manager for almost 25 years. Sir Alex Ferguson sat at the helm for almost 27 years. Ryan Giggs was 29 years old at the club in his heart.
Came as a 14-year-old, left as a legend. We supporters have all our favorite players.
Some became United supporters because of George Best. Others because of Bryan Robson, Eric Cantona, David Beckham or Ole Gunnar Solskjær. For some, Wayne Rooney is the greatest. Though, after all, and the dust has settled, perhaps Ryan Giggs will be the greatest of them all? In any case, it is certain that some of his records stand until Dovre falls and the river Irwell dries up.
Which player can ever match 13 league golds !? Or 21 leagues and cup titles in England? Add two Champions League and two Club World Cups. A total of 35 titles, small and large. And all for the same club! No player will ever break his record in the number of appearances for Manchester United. 963 mandatory matches. He literally "crushed" the old record with 205 games more than Bobby Charlton. When he chose to break the bond after almost 29 years in the same club, we know him well enough to know that he did it with a heavy heart. In a perfect world, he will one day return and become a manager, the job he was promised to get when Louis van Gaal became manager. There are millions of footballers who dream of, or have dreamed of, playing for Manchester United. Ryan Giggs did everything. He was a player, for a short period manager, he was an assistant manager, and eventually became a legend. If ever there was one person who deserved the title "Mr Manchester United", it was Ryan Giggs. 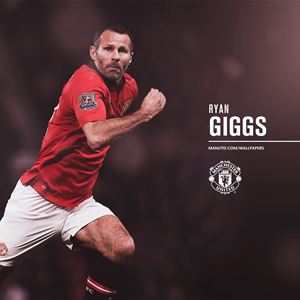 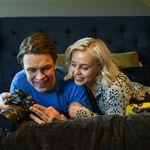 Distance: 287 meters
Welcome to Quality Hotel Grand Royal. As the largest hotel in the town, we have a lot of exciting history from the establishment of Narvik and World War II. We are located downtown with walking distance to the ski resort, shopping centers, restaurants, and museums. The shuttle bus to the airport stops right outside the hotel.
Book

Distance: 177 meters
Scandic Narvik is the newest hotel in the city, it opened 1st of March 2012. The hotel is one of Northern Norway's tallest builidings, and with it's 17 floors the view is spectacular. You can view the city center, the Ofot Fjord, the mountain "The Sleeping Queen" and all the surrounding mountains.
Book

Distance: 734 meters
Thon Hotel Narvik is a full service 4 star hotel and neighbour to the gondola that brings you up to the most beautiful view over Narvik, Ofotfjorden and the surrounding mountains.
Book
Powered by Citybreak ™ - the leading Destination System