By the goal is a strong story about a daughter who lives with her mother. The mother is unable to let go of the daughter, and the adult girl does not recover. Every year, on the same day, they travel to the old house by the sea. This has been the case for as long as they can remember. Just the two of them. Alone together. When a young writer comes to visit, the pattern cracks.

-It was impossible to say no to playing mum in this award-winning play, says Anne Krigsvoll. Thomas Bernhard is both ruthless and funny, and I experience that he shows us something deeply human. Together with Josefine Frida, who many know as Nora i Skam, and Karl-Vidar Lende from Det Norske Teatret, she gets on the Riksteatret's tour bus with a play audiences from several generations can recognize themselves in.

Directed by Johannes Holmen Dahl. He is behind a number of critically acclaimed theater productions with wide appeal to audiences of all ages - such as "Time for Joy" at the Norwegian Theater and "Hamlet" at the National Theater. We look forward to his interpretation of Thomas Bernhard's "At the Goal". 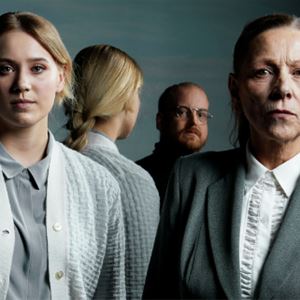 Distance: 754 meters
Thon Hotel Narvik is a full service 4 star hotel and neighbour to the gondola that brings you up to the most beautiful view over Narvik, Ofotfjorden and the surrounding mountains.
Book

Distance: 183 meters
Scandic Narvik is the newest hotel in the city, it opened 1st of March 2012. The hotel is one of Northern Norway's tallest builidings, and with it's 17 floors the view is spectacular. You can view the city center, the Ofot Fjord, the mountain "The Sleeping Queen" and all the surrounding mountains.
Book 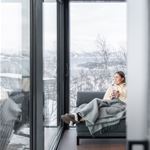 Distance: 1.2 km
Camp 291 is a new and modern accommodation offer consisting of 9 design cabins located undisturbed in Narvikfjellet. The cabins and the Camp Lodge will together form the basis for fantastic nature experiences all year round. Camp 291 is ready for its first guests in January 2022.
Book
Powered by Citybreak ™ - the leading Destination System