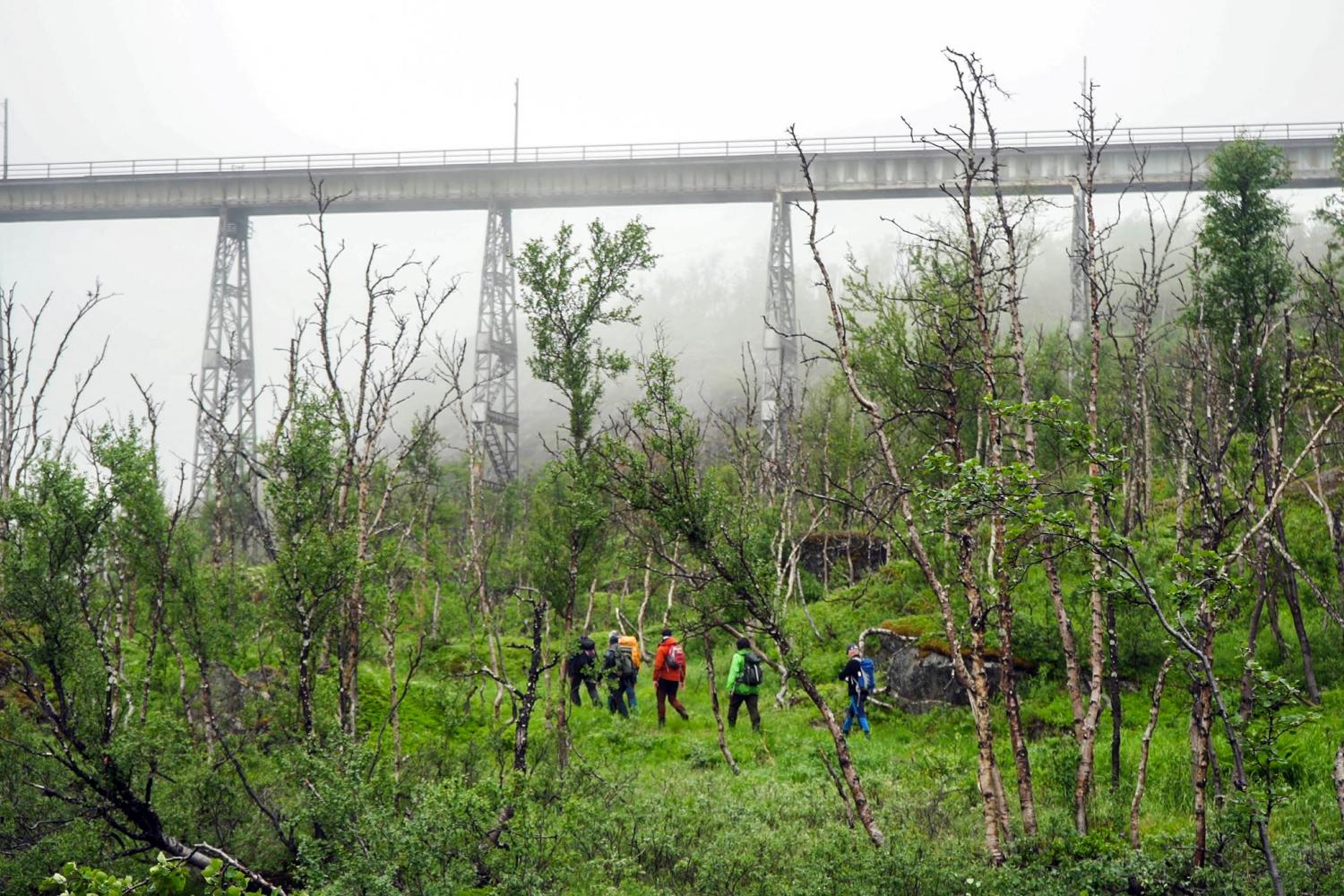 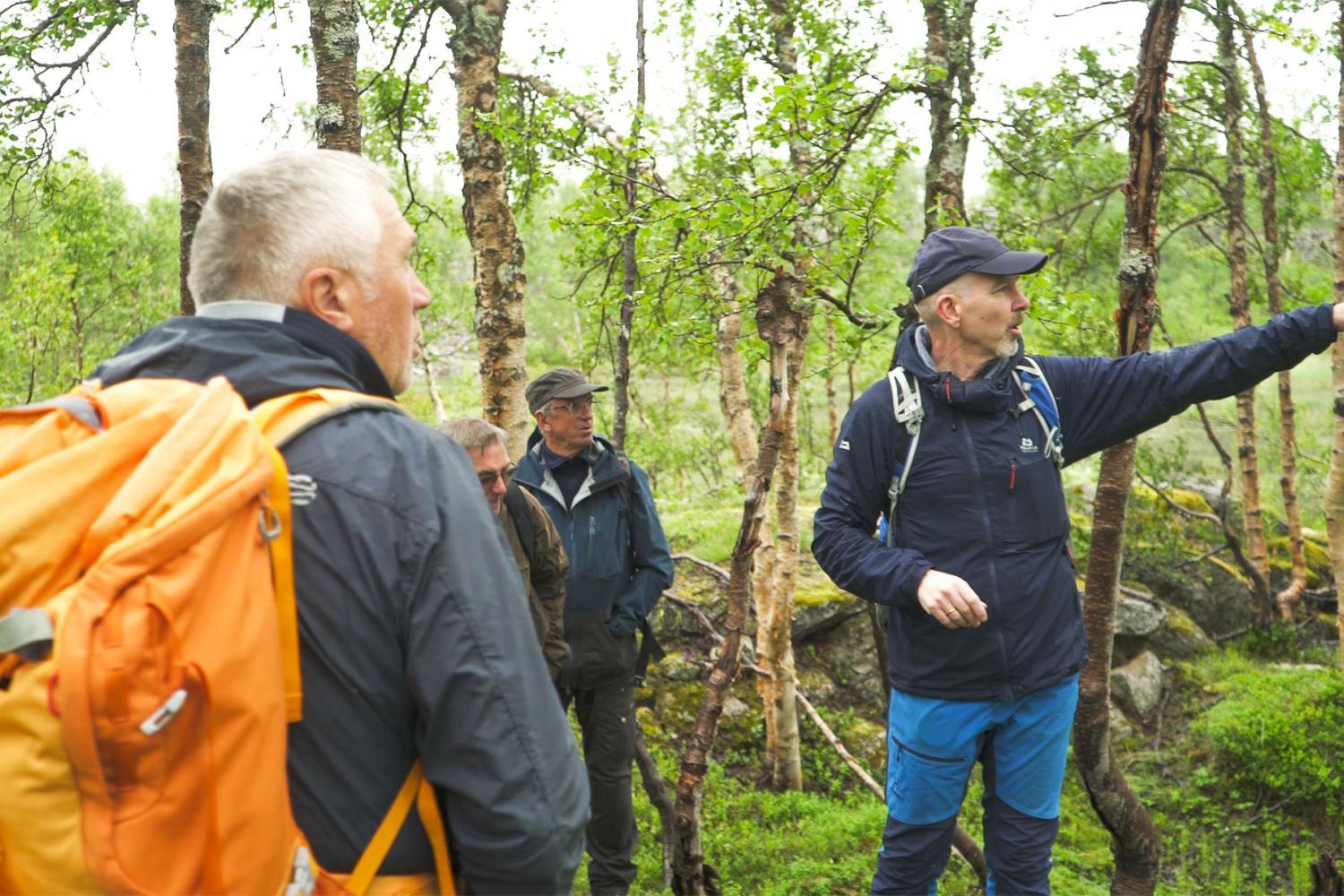 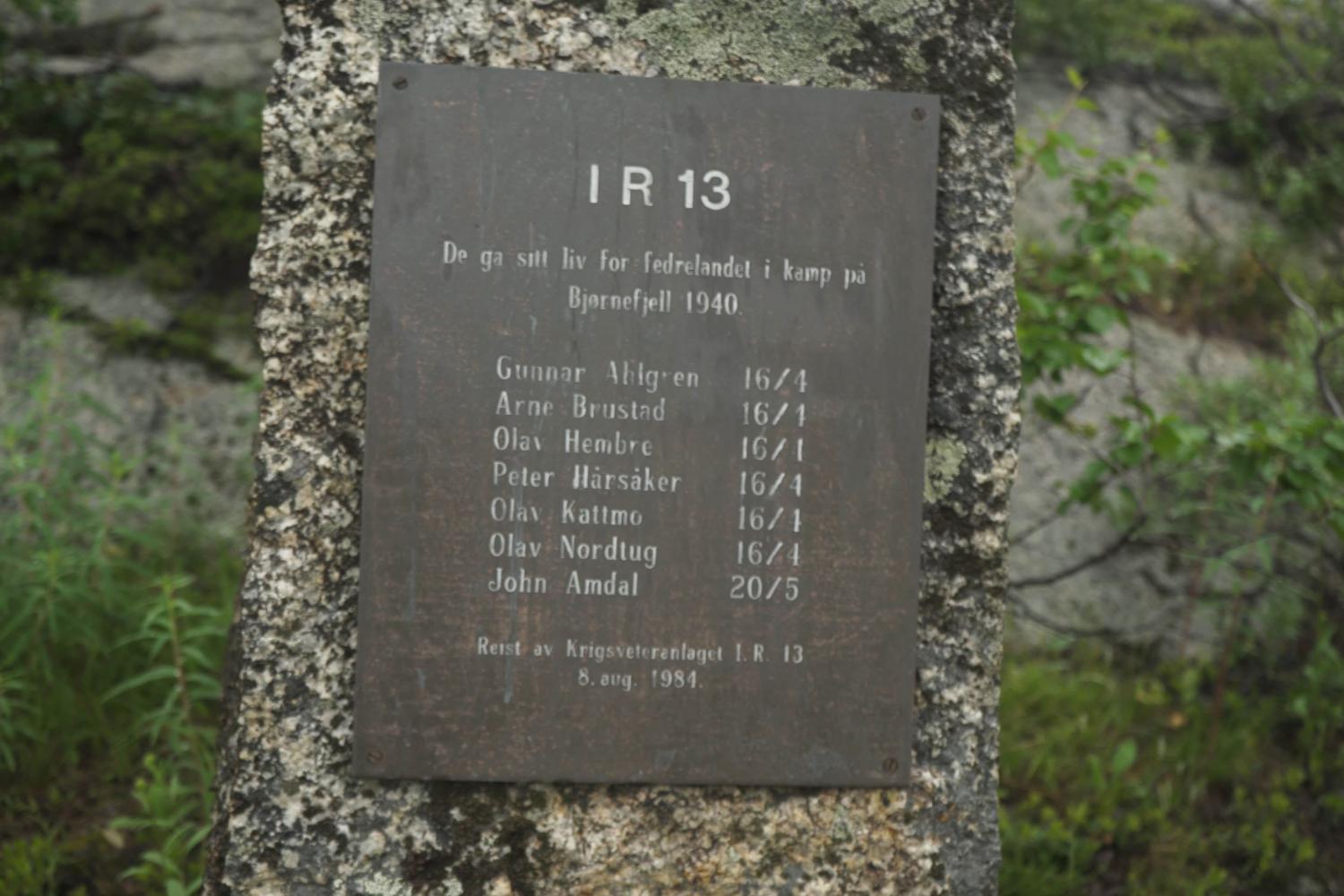 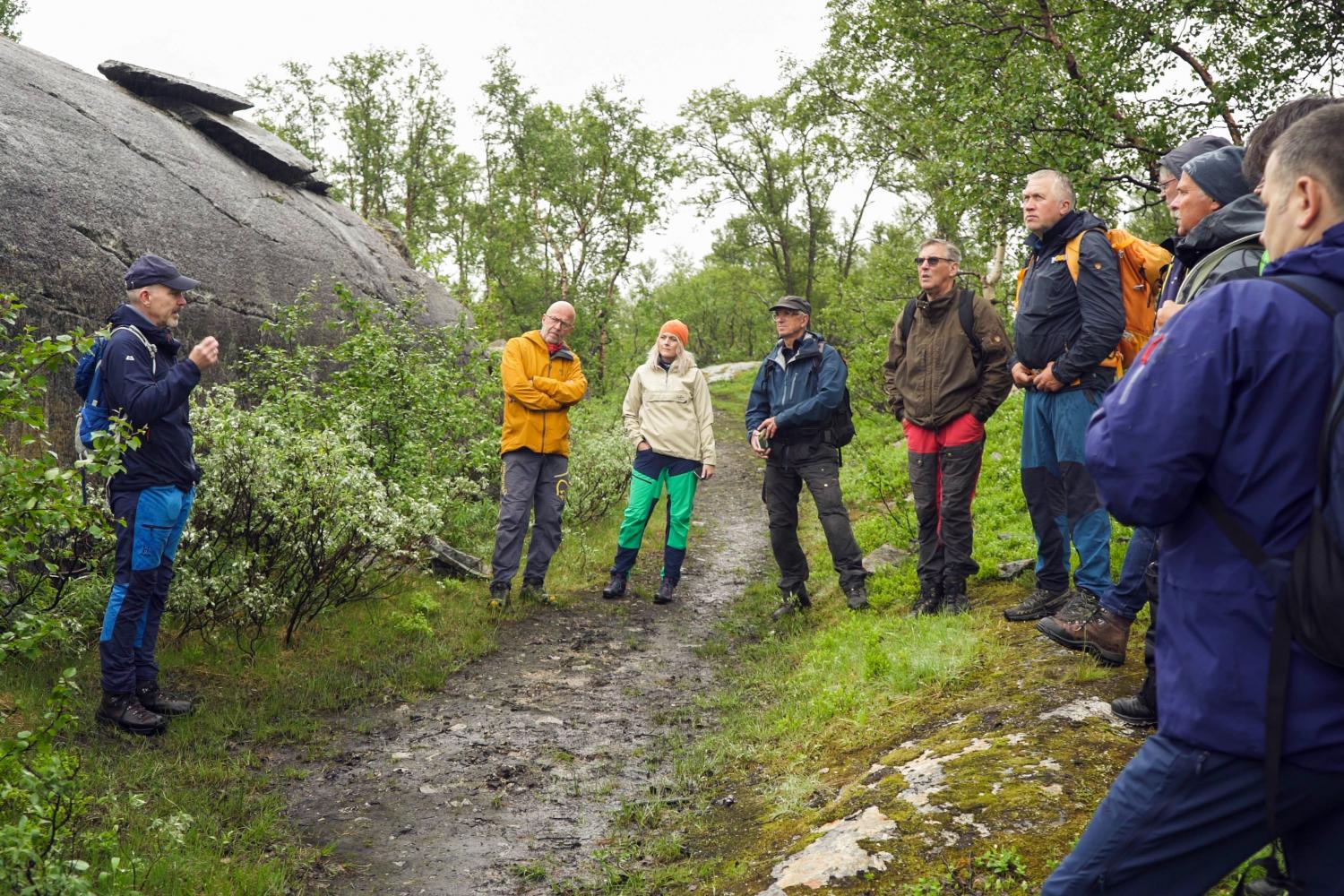 This war history hike will lead you into the intense battles of Narvik during the spring of 1940 – the same areas where the movie “The Battle of Narvik” was recorded in the spring of 2021. We will draw the lines between the big politics leading up to the battles and thrilling fates in the line of fire.

We will meet up at Narvik War Museum at 10 AM, where we will give a brief lecture of why Narvik became an important piece in the game of big politics between Germany and Great Britain. This knowledge of the Second World War, we will take with us when we are transported to Riksgränsen, at the border between Norway and Sweden, which is the starting point of our hike. Through relatively easy hilly terrain, we will be given the history of the Ofoten Railway’s central part in transporting iron ore mined in North Sweden; iron ore that drew the German invasion to Narvik in 1940. Next, we will visit the area where the German General Dietl had his headquarters when allied forces forced the Germans to flee towards the Swedish boarder, and further get an explanation of how “Spionkopen” is connected to the battles of Narvik.

After that, the amazing story of how Major Omdal and his Norwegian soldiers were able to stroll out of Narvik straight after the German invasion, only to be captured by the Germans and detained in the basement of Bjørnfjell tourist station, where they managed to escape right under the German soldiers’ noses once more. When we arrive at the machine gun position close to the Solheim barrack at about 1-2 PM, it is lunch time. You can bring you own lunch or buy lunch as an additional product, and we will enjoy the beautiful view of the eventful areas.

From here, we will be transported to Haugfjell mountain, where our hike continues at Rallarveien (The Navvies' Road) towards Norddalsbrua. Norwegian soldiers attempted to blow up this bridge in April 1940, as part of trying to stop the German invasion in succeeding to gain control over the iron ore resources and hinder the transportation of other German supplies. Norddalsbrua is found in a spectacular scenery, and key scenes from the movie “The Battle of Narvik” was recorded here.

In total, the hike takes approximately 7 hours. It starts at 10 PM at Narvik War Museum and ends in Narvik city centre at about 5 PM. The total length of the hike is about 8 kilometres and follows paths in relatively easy hilly terrain. Participants must have proper shoes for hiking, clothes according to weather, and must be prepared for changing weather conditions in the high mountains. We recommend shoes and clothes that are wind and rain proof, woollen hat and mittens, and don’t forget the mosquito repellent! We will have a lunch break. You can bring your own packed lunch, or you can buy a packed lunch in advance as an additional product. The additional product of packed lunch contains ½ l of coffee, 1 bottle of water, Norwegian sandwiches, and a chocolate. The pre-packed lunch is delivered in a backpack, with room for additional clothing etc.